Home » Blogs » What Leads Marriage To End In Divorce

What Leads Marriage To End In Divorce? 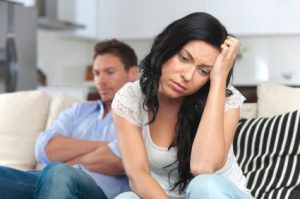 How to prevent marriage ending in divorce? Many couples ignore the signs that cause marriage to end in divorce.  Relationships to end in divorce is that couples do not know how to raise issues and resolve them. Instead, raising issues becomes a negative interaction that causes couples to hurt each other, until it becomes too destructive being together. What are the signs your marriage is leading to divorce?

What causes marriage to end in divorce?

What causes marriage to end in divorce? John Gottman researched why marriages end in divorce. A  prediction for divorce is when couples raise issues in a negative way ( being negative, accusatory) that causes the conversation to end badly. A negative comment will evoke a defensive reaction in the other, creating a negative interaction. Gottman described the negative interactions, that  cause marriage failure, that include criticism, contempt, defensive and stonewalling.

Signs Your Marriage Is Heading For Divorce

How to prevent a marriage ending in divorce

How to prevent marriage from ending in divorce? John Gottman highlights that successful marriages tend to raise issues from a softer position, by having  positive conversations, so the issue gets heard and resolved.

So why do couples have difficulty raising issues from a softer position?

In couples therapy Melbourne, distressed couples get caught in reactive responses, that  are used to discharge hurt feelings. Sometimes the issues  have been bottled up for too long, that the hurt becomes too painful when raising the issue, so they become reactive, to alleviate the pain. Many married couples become stuck in these patterns and have no way to deal with the hurt. Many couples find it unsafe to raise issues, whereby they fall into these defensive behaviour’s to deal with the hurt. Some couples even end up shutting down and not talking, to avoid these fights.

The truth is, some spouses can get so caught in powerfully charged emotions and react, in counter-attacking ways. As a result, they can lose grip of themselves and each other, without a therapist to help the couple to see outside their stuck positions and overcome communication breakdown.

Marriage guidance counselling can assist resolve marital tension and work  through couples conflict, by allowing spouses to hear what underlies their defensive reactions, so that hurt feelings can be  overcome, rather than counter attacking each other. Marriage counselling Melbourne provides a safe atmosphere for couples to share their inner experiences, so they don’t continue to shut down or hurt each other. Counselling Melbourne gets the defensive patterns out of the way, so couples can begin to hear each other in order to overcome stuckness.

As a relationship therapist Nancy Carbone has a M Soc Sc (Couns) at Counselling Service Melbourne.  If you want to improve your marriage contact Nancy on the enquiry form or call 0449 861147 for an appointment. You can sign up on her newsletter for more tips and relationship advice.

Dr. John Gottman, Why Marriages Succeed or Fail…And How You Can Make Yours Last

Back to Blog Home

Follow us on social media for articles regarding counselling and mental health.