Are You Noticing Signs Of Passive aggressive Behavior In Your Relationship 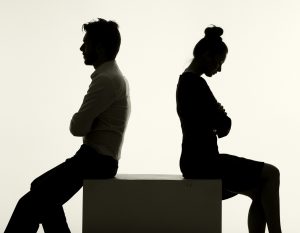 What are the signs of passive aggressive behavior? Are you frustrated that your partner says one thing  but actually does another? Do you feel they say things to please you, but have no real  intention to follow through? Individuals with passive aggressive behavior do not actually register their needs’, but go along with what others need. They act out their real feelings by doing what they really want, yet couldn’t communicate.

Passive aggressive partners  compromise themselves,  becoming overly self-sacrificing or pleasing. Yet, they end up in situations where their own needs do not get met. They do not assert their own needs or take care of themselves, so they end up indirectly acting out their anger at others. ‘ Couples,  who do not express healthy anger assertively, may end up passively acting out their anger, with passive aggressive behavior.

2.  Can’t express themselves but then acts out their anger by hurting you

Withdrawing from the relationship, acting out revenge, addictions, infidelity and affairs are commonly seen as acts of aggression which depicts what  could not be expressed. Many act out anger by showing resistance with not helping out or not participating in the relationship.

3. Their actions evoke an angry reaction in you

Some who expect to be taken care of, will act out anger if their partner does not meet their needs. Others who feel they require special treatment will devalue others who do not treat them special. The anger they can not express,  gets projected  onto others, by acting aggressively towards them.

4. Play the innocent victim but are really the perpetrator

The risk is when partners give themselves up in the relationships and end up having enough of their needs not being met.  Many ignore the things that make them angry, by letting the issues slide, until they’ve had enough and covert aggression is shown towards their spouse. A spouse may make sarcastic jokes towards his partner, which actually depicts how he really feels.

What to do if you spot passive aggressive behaviour

Actively registering ones needs and expressing healthy anger promotes a healthy marriage. It is dangerous when this stops and anger gets acted out, indirectly. Many keep the peace or avoid conflict to protect the relationship, but it usually ends up working against them. Avoiding conflict in couples, works against real intimacy and connection. Affairs can often represent displaced anger that gets played out indirectly towards a spouse. The ‘absent partner’ may have been one who initially tried to please their partner,   until they felt their needs were not being met, then they act out their resentment by withdrawing.  Whatever  anger, hurt or feelings  that do not get expressed gets played out aggressively towards their partner.

In anger management counselling Melbourne can help if you recognize passive resistant behavior. Some individuals seem passive to assert themselves by setting boundaries, limits or saying no.  When an individual does not register  when they’re angry, they  end up acting it out.  Being so fearful of conflict, they act out their anger in passive aggressive ways. Indirectly they show revenge or  aggression by getting back at their partner. They end up showing their aggression towards their partner in their behaviours,  acting it out  towards them.

What to do if you detect covert aggressive behavior

When individuals feel they’ve sacrificed areas of their life, given up themselves or let issues manifest by not addressing them,  anger can be directed toward their spouse, indirectly . Sometimes displaced angry feelings can be depicted when the partner stops caring, has mood swings, marital affairs , withdrawals, uses addictions or gives up on the relationship. Attending Counselling service Melbourne for passive resistant behaviours assists individuals to get in touch with themselves, so they can assert their feelings, needs, boundaries and set limits, so they do not need to act in passive aggressive behavior.

For couples therapy Melbourne enquires or appointments for passive aggressive counselling in Melbourne,  call: 0449 861 147  or  use the quick counselling enquiry form Here.

Back to Blog Home

Follow us on social media for articles regarding counselling and mental health.